October 17, 2019
This site contains affiliate links from Clickbank and Amazon. If you click on a link and make a purchase, I will make a commission. If you want to help support the site's maintenance fees then please use the links on this site before purchasing any of these products or services.
Table of Contents
Primary Item (H2)Sub Item 1 (H3)Sub Item 2 (H4)
Sub Item 3 (H5)
Sub Item 4 (H6) 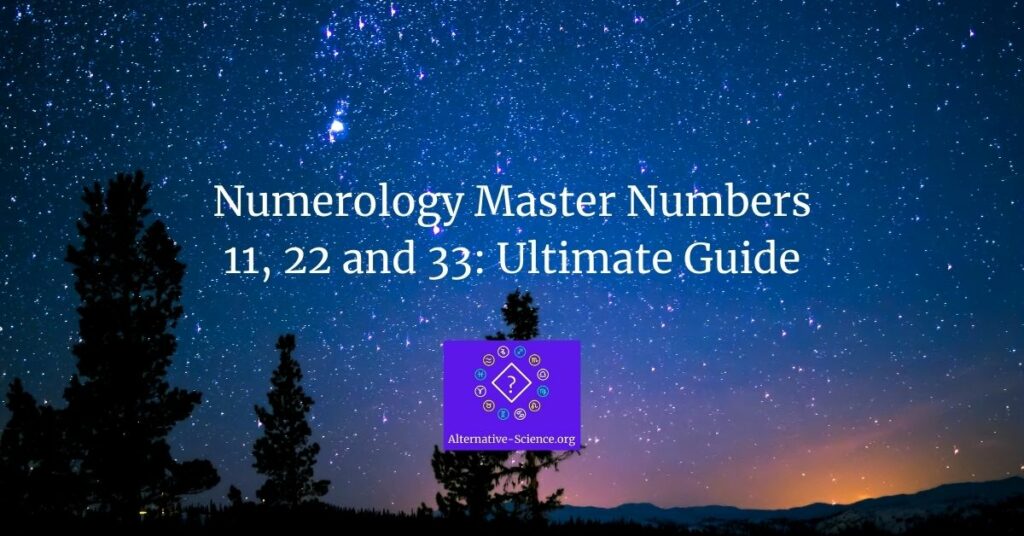 Numerology Master Numbers are considered by some to hold powers even more potent and mysterious than other numbers.

If you're lucky enough to have a Master Number as a Life Path Number or a Soul Urge Number then that's great news. However we hate to break it to you but it doesn't mean that you're any better than anyone else.

Some numerologists consider those with Master Numbers to be gifted or superior to others who weren't born with them.

Think of it like this: once in a blue moon you come across someone who's ambidextrous or has different colored eyes. That person shouldn't consider themselves better than anyone else but they know very well they aren't the norm.

We hope that this position on the matter of superiority versus difference doesn't hurt you too much; if it does then you may need to consider reevaluating your ego!

If you're not already familiar with the fundamentals of numerology then we can recommend that you head over to our beginner's guide first.

Think of any classic wizard character in modern fiction. Dumbledore from Harry Potter, Gandalf from Lord of the Rings. Bumbling and old yet possessing wisdom well beyond even their formidable age.

Being a 'wizard' has nothing to do with age; it's simply fate that determines your role based on your Life Path Number.

It's also a double-edged sword too.

There's no doubt that you're more perceptive than the average person. That is to say you notice things more than other people do.

What do you notice more of? Body language, signals, what people want, whether people are lying. You're adept at reading between the lines.

Master Number 11 powers are potent and often unstable. If you don't exercise discipline and caution or, even worse, underestimate your own strength then you'll be on the path to catastrophe.

You possess formidable intelligence and an almost supernatural level of wisdom, well beyond your years. If you're young, people will be quick to recognise your maturity and value your advice.

Don't forget, though we've already mentioned it, that just because you have a Master Number doesn't mean you're better than anyone else. The term 'Master' is misleading because it implies a hierarchy when in fact all Life Path Numbers are equal, whether Master or not.

Each number carries qualities and burdens, or pros and cons, and the Master Numbers are no different. They're simply called Master Numbers due to their rarity and unusual powers.

The meaning of Master Number 11 is whatever you want it to be--after all you have the sheer intellect and power to achieve any of your goals as long as you learn to harness it.

You follow the path of your destiny like an acrobat teetering on a thin tightrope. Precarious but as straight as an arrow, a tightrope connects two high places together.

As a Master Number 11, your path is narrow and direct but be warned--if you stray even slightly off the path then your whole world could turn upside-down!

So many people drift through life on an indirect path. Meandering careers, meandering relationships and friendships--it seems like no matter how hard they pedal they end up going nowhere.

But at least they have the freedom of choice. For you, the path is linear and doesn't offer any forks. The way ahead is clear.

Master Number 11 is a blessing and a curse in this aspect. Your path leaves you with very little choice--forwards or backwards, the latter being almost always undesirable.

However if your only available direction is forwards then all of your efforts will be focused on achieving a single goal; far more efficient than the usual meanderings of most people.

Walking a tightrope may be can act of showmanship, whether in a circus or between skyscrapers. That doesn't necessarily mean you're a showman; you could well be introverted and studious rather than loud and gregarious.

Remember--tightropes are narrow but they enable only the most daring and skilled to traverse the highest of places.

You thrive in clearly-mapped career paths where you can see the light at the end of the tunnel. And because you're gifted with wisdom, that light is bright.

Linear career paths that suit people with Master Number 11 include these occupations:

Whilst none of them are strictly linear they are more traditional career paths than what working in most offices or for businesses would offer.

For example, programming is a great choice for those who are intellectually-gifted but that discipline is very flexible and you could end up going in all directions with it.

The examples above all offer demanding careers that would sate the appetite for challenge that Master Number 11s experience. What they all have in common is that they're all traditional roles with well-established hierarchies.

If, for instance, you decide to become a lawyer then you can reliably map your career out in front of you and know exactly what you need to do to get where you want to. Plus you'll know exactly what kind of work it entails plus the salary.

Has anyone ever called you their guardian angel? You take exceptional care of others around you and have saved others in peril on numerous occasions.

However you prefer to intervene only when absolutely necessary, much like a guardian angel.

You're aware that if you're too 'hands-on' then others could become disgruntled with what they perceive as micromanagement.

Keeping a healthy distance away from others' business, whether close friends, family or acquaintances is sensible but you can't resist lending a helping end when that person is in dire need.

Your main gifts are your extraordinary levels of empathy and perception.

But like other Master Numbers, don't be misled into thinking you're superior to someone with a regular number.

Master Numbers 11, 22 and 33 are rarer than the more common numbers of 1 to 9 but having one doesn't mean you're better than someone who doesn't have a Master Number.

All numbers, whether Master or not grant blessings and curses. They're all double-edged swords and Master Number 11 is no different.

Despite the associations of angels and spiritual connects and holy powers, Master Number 11 doesn't mean you're above 'the mortals' around you.

Others may even begin to resent your present if they feel you're breathing down their necks all the time.

Dishing out unsolicited advice can be especially irritating to some people, especially if from an unqualified source. So if you don't know already, learn when to give people space.

Think of it on more of a metaphorical level; you be perceived as a 'guardian angel' but that doesn't mean to say you're hovering above your peers.

As a 'guardian angel' your destiny is tethered to those close to you.

Some Master Number 22s may consider this a burden but to the most altruistic ones, this is more of a blessing than a curse.

Master Number 22s absolutely thrive off of watching those around them grow, almost as if they are flowers in your garden.

Your destiny is shaped by those closest to you; nurture them and watch how quickly they succeed. Don't just focus on one individual though; spread and water as many seeds as you can.

Like tethered climbers, if one slips then it can quickly endanger the others. If someone around you loses their footing in life, it's important that you intervene and give them a helping hand as soon as possible.

Because your fate is aligned with those around you, be very wary of when they fall.

You thrive in careers where you're motoring the wellbeing of others without micromanaging them.

Headteacher is the odd one out because it's not directly involved with the health industry, but there is a strong bias in this list towards wellbeing-related careers.

The reason headteacher is listed rather than teacher is because a headteacher's role is less hands-on than a teacher's, and the job is more about looking at the bigger picture of the school as a whole rather than focusing on a specific person.

The others listed are more traditional jobs aligned with care, whether physical, metal or just general wellbeing.

Working for a private company is probably a bad fit for you because it has little to do with safeguarding the wellbeing of others. The only exception for this is human resources roles, where you take direct responsibility for the monitoring of your coworkers.

Master Number 33 is the Shadow. You are an enigma; vague and shapeless, it's incredibly difficult to pin you down to a specific set of traits.

You may find it frustrating that we can't provide you with more information, but it's just impossible. Your personality and fate are ambiguous because so is Master Number 33.

To some this will be a blessing; you have complete freedom to shape your own life and destiny.

To others this will be a cause of immense frustration because you can't map out your path reliably.

Fortunately Master Number 33 is the least common of all numerology numbers, even for a Master Number. Unfortunately it's yours and we can't help you any further!

We wish you the best of luck, Master Numbers 33s!

More resources on numerology master numbers can be found here and here. 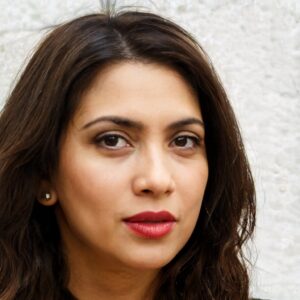 Numerology, astrology and alternative medicine have all had a profound impact on my life and I'm here to share the absolute best knowledge of my passions to benefit you too.
11, 22, 33, master numbers, Numerology